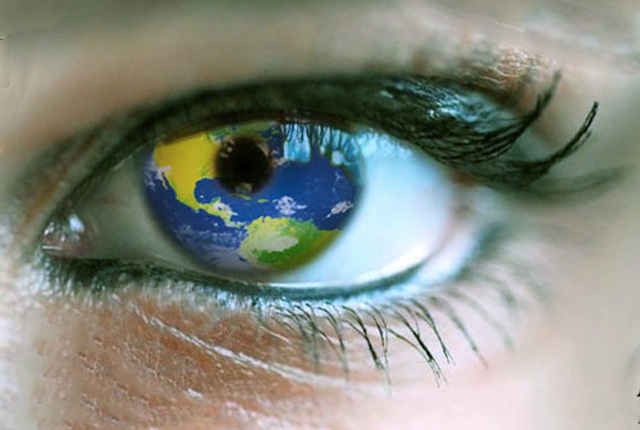 Is the World Still Watching?

Christians have largely forgotten the power of the Word of God and most churches today are known by all the programs and events they offer instead of their faith.

“First, be sure, I thank my God through Jesus Christ for you all because your faith is the gossip throughout the whole world.” -Romans 1:8.

The news about what God was doing in the church at Rome had spread far and wide in the ancient world. The believers who gathered to worship in that city were quite literally the gossip of that day. The word καταγγέλλεται, katangelletai, which is usually translated as “spoken of” or “proclaimed,” is a present-passive verb. There was no specific proclamation sent out which Paul had heard, but the fame of that church was entirely by word-of-mouth.

This is remarkable considering that the primary mode of transportation was on foot and the apostle had not yet been to Rome. It is unknown how this church began, but presumably, this body was the result Paul’s own persecution which scattered the Jerusalem church. We read in Acts 8:4,

Therefore they that were scattered abroad went every where preaching the word.

Now, the word for “preaching” in this verse is not the usual word for “preach,” which we see in 2 Timothy 4:1, κηρύσσω, kerusso. The word kerusso means to herald a message in a formal manner in its entirety, not adding or subtracting a particle, nor altering it to appease the audience. This is the duty of ministers in the “equipping of the saints, for the work of the ministry” (Ephesians 4:12). However, here in Acts 8 of the Jerusalem church, the word used is εὐαγγελίζω, evangelizo, from which we get the word “evangelize.”

Christians have largely forgotten the power of the Word of God and most churches today are known by all the programs and events they offer – church basketball, coffee bars, special concerts, game nights, or movie nights. Of course there’s nothing inherently wrong with such things, but such was not what made the church at Rome “the gossip throughout the whole world.” It was their faith that was being talked about. Today, churches are doing a lot more watching of the world and gossiping about it than taken notice of by the world.

If the church tries to compete with the world on the stage, the basketball court, or at the coffeehouse, it will lose every time. Such is the world’s domain and the world can entertain so much better than the church. If churches are going to make a difference in their communities, it must be through excercising their faith. How many Christians today remain silent when they hear someone take the name of the Lord in vain, saying “Jesus Christ” irreverently or “G-d—d” We should feel pain when we hear the God that we worship irreverently spoken of, and say something to the extent of, “Please don’t say that. The God you blaspheme is the One I worship.”

We have come to a place today in which Christians are so afraid of appearing legalistic and unloving that they no longer take their faith seriously. Faith has become part of the private life rather than publicly lived out. In many ways, though lost as they are, Muslims deserve a great deal of credit for taking their faith as seriously as they do. Even the non-radical Muslims in terms of their faith are much more radical than many Christians, praying daily 5 times, abstaining from foods such as pork and alcoholic beverages, showing reverence in how the name of their prophet is used, and making a pilgrimage to Mecca at least once. Their faith is not merely an abstract idea which they muse over once a week, or during their daily devotional time, but is interconnected with all parts of their life.

It is a great shame for lost, deluded souls to be more practical in their faith than the people of the True God. The prophet Amos said (6:1, 3a, 8),

Woe to them that are at ease in Zion, and trust in the mountain of Samaria, which are named chief of the nations, to whom the house of Israel came!

… Ye that put far away the evil day…

The Lord GOD hath sworn by Himself, saith the LORD the God of hosts, I abhor the excellency of Jacob, and hate his palaces: therefore will I deliver up the city with all that is therein.

Often when we think of the judgment of God today, we think about God judging America. Yet, we never consider that America may be God’s hand of judgment on His people. The difference between Israel and America is that Israel was not only a nation, but a theocracy. In bringing other nations against Israel, God was judging His People. The problems facing churches in America today pertaining to abortion, homosexuality, censorship through “hate” speech regulations, and the filth of Hollywood being piped into peoples homes, may be the Lord’s Judgment on us, His own people, for relaxing in our faith.

Far too long have we been “at ease in Zion” instead of living out what we believe. If Christians begin living out their faith, saying no to secular movies or shows that use foul language or risqué scenes, and begin to show reverence for the Lord’s name again, the rest of the nation will quickly take notice. Islam largely forces the world’s respect of their faith through fear; as Christians, we must gain the world’s respect through practical, righteous living. If the saints would do this, then just as in the first century, churches would become “the gossip throughout the world.” The Church is in its present situation in America because individual Christians are no longer being salt and light, showing concern for the culture in everyday life.