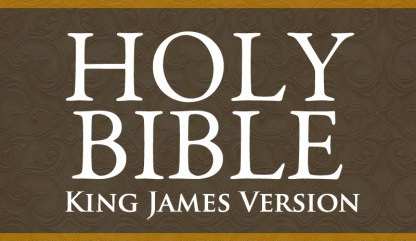 Why I Prefer the King James Version

Every Christian ought to consider why he or she uses a particular translation and make sure their reasons are valid and not superficial.

By Michael Kelley in Bible Study, Textual Criticism on July 3, 2018
One comment

Before I get into this subject, I must clarify that I am not KJV-only. I have and use other translations often; the New American Standard Bible (NASB: 1995 Update) is an excellent translation of the scriptures. However, this is about preference and why every Christian must consider why he or she uses a particular translation. There are many valid reasons for using any translation, but being “in modern English” or being “easier to read” are not valid, but are superficial.

I prefer to use the King James Version of the scriptures for several reasons. First, practically speaking, the KJV has been around long enough that most of the translation problems have been well-documented and are easily explained by commentators familiar with the Greek and Hebrew. The textual problems in newer translations, however, are not as well-documented, and therefore, require a deeper understanding of Hebrew and Greek. Second, newer translations in “modern English” come in and out of vogue with every decade as the language changes and evolves. I want my memory work to be in a translation that I know will be around 30 to 70 years from now, however long as my earthly pilgrimage.

Yet, my reasons are not merely practical, but are also textual as well. I also prefer the King James Version because the grammar of the translation brings out the grammar of the original languages much better than the newer translations. This is partly because of how the language has evolved (or I could say “devolved”). First, the KJV makes a critical distinction in its’ use of the words wherefore and therefore; the former means “which is why” or “why is this the case?” Wherefore looks to the past, emphasizing what has been said much more than the conclusion which follows. The latter, therefore, emphasizes the conclusion of the matter much more than the reasons that led up to the conclusion. This subtle distinction disappears in other translations, however, rendering all as “therefore.”

Second, although current language rarely uses the word “shall,” it is not synonymous with the favored “will,” and because of the time the KJV was translated, it brings out the distinction between the two. In normal conversation, the word “shall” is used with the first person while the word “will” is used with the second and third person. However, when emphasis is being made, the rule flips, “will” then used with the first person and “shall” used with the second and third person. This is best seen in the Ten Commandments which declare, “Thou shalt have no other gods before Me,” et. al., or Matthew 4:19 in which the Lord says, “Follow Me, and I will make you fishers of men.” In both cases, the way in which “shall” and “will” are used make the statements very emphatic. We also gain an important insight about Satan from this distinction; in Matthew 4:9 while trying to tempt the Lord, he says, “All these things will I give thee, if thou wilt fall down and worship me.” Satan’s words were emphatic, willing to give up his own dominion to the Son of God in order to be equal with the Father. Don’t think about that too much, giving up his dominion to God so he be equal with God; the Trinity is already hard enough to comprehend. Yet, it shows just how desperate Satan is in his pride to be considered God’s equal.

Third, the KJV also makes important distinctions between the singular and the plural in its use of the 2nd Person English Pronouns “Thou,” “Ye,” “Thee,” “You,” “Thy” (or “Thine”), and Your (or “Yours”). Since the English language has degenerated to using just “You,” “Your,” and “Yours,” newer translation do away with all the other pronouns. Yet, the KJV uses “You,” “Your,” and “Yours” along with the others, so there must be a subtle difference in grammatical meanings. Well, the T-Pronouns indicate singularity while the Y-Pronouns indicate plurality, the words “Thou” and “Ye” indicating the Subject; “Thee” and “You” indicating the Object; and “Thy” (or “Thine”) and “Your” (or “Yours”) indicating Possession. These distinctions are important throughout Scripture such as Exodus 4:15 in which “Thou” and “Thy” refer to Moses himself while “You” and “Ye” refer to the entire nation of Israel, saying, “Thou shalt speak … I will be with thy mouth… and will teach you what ye shall do.”

Or, in Exodus 29:42, “… I will meet you, to speak there unto thee.” Here, the word “You” refers to the children of Israel; this is further made evident by the following verse. The word “Thee,” however, refers specifically to Moses who had the holy privilege of hearing the words of God directly (Leviticus 1:1).

Matthew 26:64 also brings out this important distinction, “Jesus saith unto him, Thou has said: nevertheless I say unto you, hereafter shall ye see the Son of Man sitting on the right hand of power, and coming in the clouds of heaven.” While the word “Thou” refers specifically to the High Priest, the words “You/Ye” include all those who were standing there with the High Priest.

Luke 5:24 is also a very important verse regarding this in which the Lord says, “But that ye may know… I say unto thee… take up thy couch, and go into thine house.” Christ was not simply wanting the paralytic to know his sins were forgiven, but all those who were present who then stood watching the healed paralytic walk into his own house.

John 3:7, 11, “Marvel not that I said unto thee, Ye must be born again.” While the Lord was particularly speaking to Nicodemus, this command is for all people, not just Nicodemus. There are some commands in Scripture that are for only the one to whom the Lord is speaking, such as to Noah in Genesis 6:14, “Make thee an ark of gopher wood;” It cannot be argued that Nicodemus was a singular case of one needing to be born again; rather, he is an example of the need of every person.

Lastly, the apostle Paul also states in 1 Corinthians 8:9-12, “… this liberty of yours… If any man see thee which has knowledge… through thy knowledge… but when ye sin.” The plural forms “yours” and “ye” refer to the liberty and the sin of the Corinthian Church as a whole, and by extension any church as a whole. The singular forms, “thee” and “thy” refer specifically to individual Christians who find themselves in this particular circumstance.

It is not my intention to force anyone to use a particular translation, but I do believe that Christians must have valid reasons for the translation he or she prefers. Deciding on a translation of the Word of God is not like deciding what kind of car to drive. It is a vitally important decision which should be given careful thought. Yes, many of the words used in the King James Version are no longer used today, but that does not mean that the words were inconsequential to the text. The differences in language today and that of the KJV are more a matter of the devolution of the English language than evolution, and though certain words are no longer used in everyday speech, an understanding of how they are used can give key insights into the scriptures which cannot be noted in other translations.

Yet, I will clarify again (see what I did there?), the KJV is still only a translation and though it gives more grammatical insights than most other translations, some things simply cannot be translated well from Hebrew or Greek into English. One particular example is the Greek Perfect Tense which conveys past action with present results, or even Greek present participles can be difficult to convey in English. There are some things that no translation can get completely accurate simply because of the difference in languages. Thus, it is usually good to compare other translations with the KJV, read several commentators opinions about a passage, or, if one has the skill, go to the Hebrew or Greek.

1 comments on “Why I Prefer the King James Version”