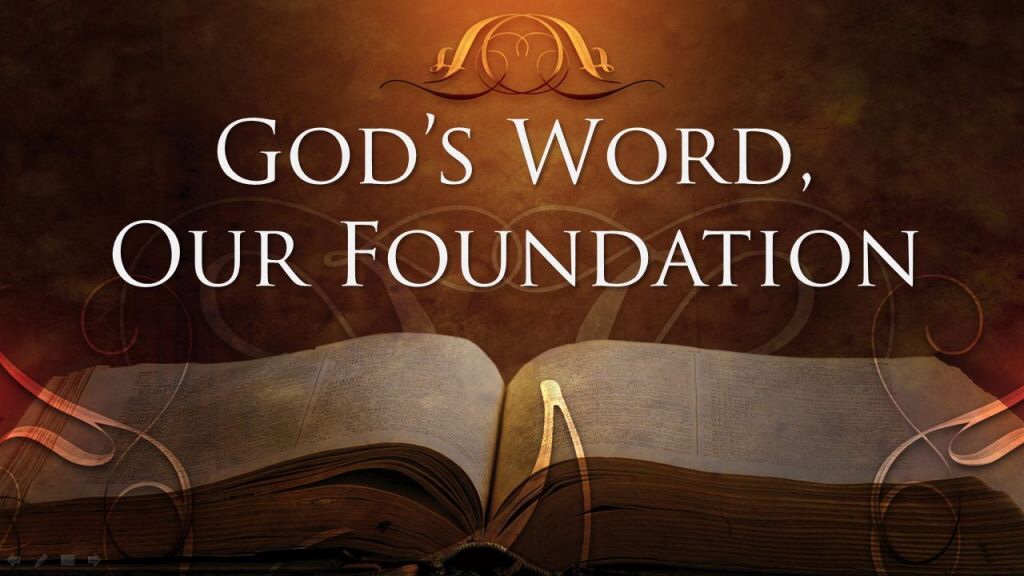 Constrained by the Word of God

While the worldly, carnal person hops around looking for more experiences, the Christian rests on the solid rock.

By Michael Kelley in Bible Study, Christian History, The Church on September 6, 2019
No comments

When the apostle John wrote the last book in our Bibles, he records that he was “on the island of Patmos because of the word of God and the testimony of Jesus” (Revelation 1:9). Now, Patmos was a very small island in the Aegean Sea only six miles long and one mile wide with about a fifteen mile circumference. John’s travel and his entire life had been incredibly restricted; just imagine your typical day and how many miles you travel to and from work or school. John was constrained, however; his freedom had been curbed as punishment for preaching God’s word. He says he was on the island, “because of the word of God and the testimony of Jesus.” John’s fellow-laborer and apostle, Paul, also said to the church at Corinth, “If we are ‘out of our mind,’ as some say, it is for God; if we are ‘in our right mind,’ it is for you. For Christ’s love compels us, because we are convinced that one died for all, and therefore all died” (2 Corinthians 5:13-14).

John’s condition as he begins to write the revelation of his Lord is the condition of every true believer in this world in some form or another. Our boundaries have become more restrained by our belief in God’s Word; our life now has definite limits and boundaries, morally, religiously, and socially. The worldly and carnal man latches on every new fad that comes down the pike, willing to believe in all sorts of things – such as reincarnation, UFOs, eastern meditation, or rambling gibberish – things that have a form of spirituality but lack tangible substance to grab a hold, things which Paul says are “in accordance with how Satan works… displays of power through signs and wonders that serve the lie” (2 Thessalonians 2:9). The Christian faith, however, is founded on historical events. The Christian is not commanded to believe a set of religious doctrines about how to live but is commanded to believe certain facts of history which can be investigated by the diligent student. Peter says, “For we did not follow cleverly devised stories when we told you about the coming of our Lord Jesus Christ in power, but we were eyewitnesses of his majesty” (2 Peter 1:16). John also, after writing the Revelation, would begin his first letter saying, “That which was from the beginning, which we have heard, which we have seen with our eyes, which we have looked at and our hands have touched – this we proclaim concerning the Word of life” (1 John 1:1). The Christian faith is rooted in the fact that God became a human, that He stepped into history, and indeed, split history between BCE and CE (or, BC and AD according to the old method). For one to reject Christianity is akin to rejecting the moon landing or the holocaust; it is a rejection of history.

The fads and mass amenities of the world have lost their appeal to the Christian. The true church does not seek to attract goats through carnal means, whether by loud music, fancy light shows, or false miracles that offer groundless hope. The Christian, like John, is compelled and restrained by the Word of God. In the same way as non-Christians often show skepticism toward the authority of the Bible, Christians should also show skepticism toward fads (“what’s the latest thing every church is doing?”) and so-called miracles, clinging staunchly to Scripture Alone. Now, do not misunderstand me, God does work miracles, but when God works a miracle, there is no doubt that it is of God. If there are any questions or doubts as to whether God did something then you can be rest assured that it was not God. Also, God does not work miracles merely to work miracles, merely to help people or create a show; such is how miracles are often described in the early gnostic gospels.

In the Gospel of John, however, the word used for “miracles” refers to “signs.” If you search the pages of the Bible then you will find that miracles are very rare; you could count the miracles throughout the Old Testament on one hand. Miracles have a purpose, to verify that a message is from God and, therefore, the miracle will be truly unexplainable, contradicting every law of nature. Today, we throw the word “miracle” around far too often; if someone’s cancer mysteriously disappears then people are quick to declare it a miracle. Yet, despite our advancements, we still know very little about the human body; doctors and nurses will readily acknowledge that medicine in not an exact science. Just because we do not know how something happens that does not mean that God suspended the laws of nature to accomplish it, which is the definition of a true miracle. A true miracle will always be indisputable as such (e.g. men cannot ordinarily walk on water) and will be intended to communicate more than just the miracle, either by verifying that the message is from God as in the case of the apostles in the Book of Acts, or in the case of Jesus, showing another aspect of his deity.

In the Lord Jesus Christ, the Christian has become satisfied with less and has learned to become content with such things as God has given. The Christian does not seek after miracles but rests in the facts of history.